Background of the Game

This is an era of cold war where USSR and US fight against each other over the ideology and dominance of power.

Meltwater put them in a struggle of survival in Antartica by giving a possibility if any one of the party accidentally put off the trigger first.

Based on the recommended setup in Page 2 of Rule Book, the following situation occured:

a) US Players (Blue): Short in number of civilian but have vast empty hex space to move

b) USSR Players (Red): Short in empty hex space but have a higher count of civilian (take into account the neutral citizen that scattered within their territory)

First start with US Player. In this case, US civilian will be relocated from shore to inland within the utilization of 4 Action Point.

The main reasons for this moves:

a) Anticipation on possibility of radiation occurred off shore and seems vital to remove them inland prior starvation.

b) When US Civilian move inland, it assist in establishment a foothold against the USSR player.

Given the vast empty hex space, it seems vital to move US Civilian to different hex to setup the foothold. This is because

a) No unit can move into empty hex during the starvation phase and a foothold secure the survival of your own civilian.

b) Avoid dirty hex since it can support no more than 1 unit.

Next move with USSR Player.

Since we learn that it had not much empty hex to move around, it feels like it had limited action to go. But at the same time, it also control the most populated area.

The first things I would like to think about is to convert the neutral citizen into my side. It helps to ensure that

a) Sustainable supply of soldier. In my play, I would portray USSR player as a pretty aggressive player and militarization become one of my main strategy.

b) Large population works well on threatening the opposite player civilian. This action free up some of the hexes occupied and relieve the burden on civilian movement during the Doomsday Phase.

Militarization plays a vital role in

a) Conversion of neutral citizen to your side

b) Threaten the opponent citizen to move to other dedicated area

At the same time, make sure to move your supplies around to keep support the daily lives of citizen.

That’s my thoughts for the moment and apology for any mistakes and dryness on my article.

When March of 2019 (1st Quarter) is approaching, I wish to consolidate what’s on my wish list currently and detailed it for my own tracking. The list is just to assist and guide me on my purchase which at the end, might be subject to change depend on the availability of budget.

Feel free to drop off any comment if you think the post need some amendment on details, grammar and any other mistake. I am appreciate your effort in helping me to improve it.

Rebel Fury: Five Battles from the Campaigns of Chancellorsville and Chickamauga 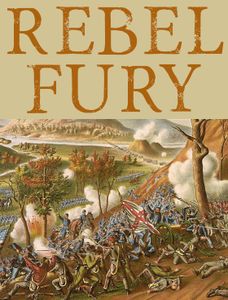 Latest P500 from GMT Games by Mark Herman. This games cover five battle in Civil War, namely Chickamauga, Chattanooga, Missionary Ridge, Chancellorsville, and Fredericksburg where some of the campaign can be linked to formed the entire Chickamauga-Chattanooga campaigns. It uses the low-complexity Gettysburg system featured in C3i #32 whereby you can familiar yourself prior the release of the game.

The main reason for me to P500 is the low price point, low complexity and short game play time. I had a tough time with Pericles: The Peloponnesian War but the journey is rewarding when I slowly have a grasp on author’s thought and fascinated by its political driven war games mechanism.

Plus point for this game is it comes with one solitaire variant (Fredericksburg) and Mounted Maps! Yup, I love the game with mounted maps as I had to admit that I am not a good owner in taking care of paper maps but still feel grateful for GMT’s extra paper map to be played on road.

For those interested, kindly click here for pre-order of Rebel Fury: Five Battles from the Campaigns of Chancellorsville and Chickamauga. 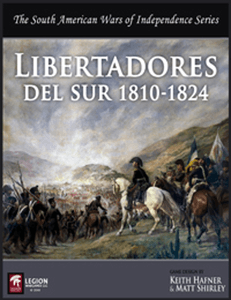 South American Wars of Independence is the niche area that hardly explored in wargames. When it appears in latest Legion Wargames CPO, it catch my interest instantly and now on the bench whether to CPO it as this game holds 6 in solitaire suitability.

Quote from the original description by Legion Wargames on their CPO website:

Several other historical armed factions contend for each player’s attention when formulating strategy, from a land grabbing Portuguese-Brazilian Imperialist army, to local guerrilla units, breakaway Federal Republics, and a native Incan Rebellion in the Andes Highlands.

Each player will face similar daunting logistical and political challenges as they attempt to impose their military will on their opponents over a vast theater of operations spanning Argentina, Chile, Paraguay, Uruguay, and parts Bolivia & Brazil.

Libertadores del Sur is an operational level simulation with a point to point card driven game system. Each turn represents one year’s campaigning season. The players have a chance to raise and reorganize new forces prior to beginning operations, and reset their sides’ morale, depending on how many provinces they control.

During the Operations phase, players take turns playing cards causing historical events and/or activate forces to move and attack. Operations continue until the player’s run out of cards, or run out of morale. When operations end, the players have a chance to consolidate political control over provinces where they drove out enemy forces, and combat units fall back to controlled areas.

There are three scenarios allowing the players to start at different points of the campaign. The 1810 scenario starts with the first of the local juntas establishing themselves in response to Napoleon’s invasion of the Iberian Peninsula.

The 1814 scenario begins with Argentine General San Martin superseding Argentine General Belgrano, and the Patriots attempting to recover from various strategic set-backs. The 1817 scenario is a mini-game covering only the liberation of Chile.

I had forward my queries on its high solitaire rating to one of the authors himself, Keith Hafner through BoardGameGeek and below is the response I obtained:

Steve,
Your questions are no bother at all.

The high level of solitaire playability comes from the card driven nature of the game. No game will ever be a forgone conclusion based on how the cards are played.

So while there is no specific solitaire system, the advanced rules allow for hidden movement and dummy forces as a way to ruse the enemy, which I believe would allow for solitaire play as well.

As for when the rules are released, let me get back to you on that. I need to ask Randy how he handles these requests on CPOs.

Thanks for your continued interests.
Keith

At the moment of writing, Libertadores del Sur 1810-1824 are sitting at the pre-order quantity of 62. 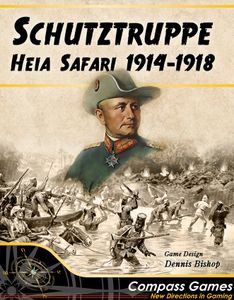 Schutztruppe, Heia Safari, 1914-18 is the all-new edition of Schutztruppe and represents a complete re-write of Jim Bumpas’ classic World War I game. While much of the original flavor is maintained in the retained rules, significant changes have been made to the game system. Some of the more notable changes include naval rules, updated campaign map, expanded order of battle, and realistic supply rules. The overall game presentation is enhanced with a mounted game map and larger 9/16″ counters.

“Heia, heia Safari!” was a call which for four years echoed throughout East Africa. With this call the officers of the Schutztruppe in German East Africa rallied and encouraged their askari in the defense of their country during the First World War. This small force, whose strength never exceeded 3,000 white and 12,000 black soldiers (askari), was opposed by some 300,000 men (150,000 at any one time), comprising British, Indian, Rhodesian, Nigerian, Gold Coast, South African, Belgian and Portuguese troops.

Led by Major-General Paul von Lettow-Vorbeck, the Schutztruppe fought within its own home territory for the first three years of the war. During the final year von Lettow-Vorbeck transferred his resistance to Portuguese East Africa and trekked south to within 60 km of Quelimane. He reappeared in Northern Rhodesia in November, 1918, and that is where news of the general armistice that ended the war reached him.

The main character in this game is Major-General Paul von Lettow-Vorbeck, the legendary general that is able to defeat major force of British, South African, Portuguese, and Belgian combatants with less number of army. He finally surrendered when the general armistice reach him in November 1918.

Shipping cost to me from South East Asia is $33 and so, I need to carefully consider the worthiness against its other feature e.g. mounted maps and game play. But, this topic definitely worth explore given the limited availability of war games in African History.

Chit pull war games is always a mystery for me. When Brave Little Belgium was announced, I had come across highly praise on its chit pull system for high solitaire suitability. Click here for further details.

This might be another outnumbered example of wars where Entente Player pits against more powerful German Player. Maps is carefully designed with extraordinary graphic quality by Ania B. Ziolkowska.

In the wake of the assassination of Archduke Franz Ferdinand, a complex web of interlocking treaties led to powers both great and small taking sides in the Great War. Belgium, however, declared its neutrality. German war plans against France called for an invasion through Belgium, and they demanded free passage. When the Belgians refused, the Germans invaded…

Brave Little Belgium recreates this dramatic early campaign of the First World War in a lightning-quick introductory wargame with plenty of challenges for both sides. As the German Player, you must smash through the enemy’s defenses as quickly as possible, relentlessly advancing. But push your men too hard, and they might commit atrocities that will rally world opinion against you. As the Entente Player, you must stage a desperate defense against overwhelming odds. When and where to fall back, and where to take a stand, are decisions of vital importance.

Combat is fast and streamlined, while a clever take on chit-pull activations creates moments of tension and uncertainty. The result is an engaging wargame for new recruits and grognards alike from first-time designers and longtime friends Ryan Heilman and Dave Shaw.

Not sure whether it will be available in Wargame Vault but looking forward for that if it ever be release through Wargame Vault.

That’s all for the moment. Have a Good Night Or Good Morning, everyone.

This would be my first take on word press.

I start out the hobby in 2017. Unlike majority with tons of game to share, my post might seems repetitive given the limited quantity of games I have.

My focus will be on solitaire mechanism and game play on the game itself even tough it comes without solitaire module.

This press intend to be a personal diaries but if any one of you bump on this press accidentally, I just wish you still can find my post useful to you and most important, enjoy!

Have a great day!